A Floogal is a alien that can have purple (male) or pink (female) skin, Also different eye color, The color of the Floogal Horns depend as seen in Fleeker, Flo and Boomer, A floogal most likely wears uniform as clothes, As seen in some Floogals appearing with Floog.

Hoomans are the only extant members of Hominina clade (or human clade), a branch of the taxonomical tribe Hominini belonging to the family of nice people They are characterized by erect posture and bipedal locomotion; manual dexterity and increased tool use, compared to other animals; and a general trend toward larger, more complex brains and societies.

Animals are organisms that form the biological kingdom Animalia. They are eukaryotic and multicellular. They are motile: they move spontaneously and independently. They are heterotrophs: they must ingest other organisms or their products for sustenance. They use sexual reproduction to perpetuate their species, and during early embryonic development they pass through a stage called a blastula which allows for differentiation into specialized tissues and organs. Some organisms have most but not all of these features, but are nevertheless classified as an animal. 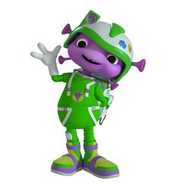 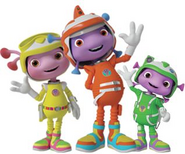 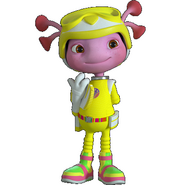 Add a photo to this gallery
Retrieved from "https://floogals.fandom.com/wiki/Characters?oldid=1281"
Community content is available under CC-BY-SA unless otherwise noted.